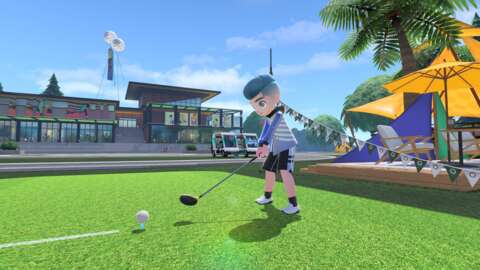 Nintendo Switch Sports is getting its first new sport since the game released in April this year–golf. With 21 holes taken from previous Wii Sports title, the free update will let fans play a casual game of golf with friends online or offline, as well as a competitive knock-out mode called Survival Golf.

The golf update for Nintendo Swift Sports will be free for all players who already own the game, dropping on November 28.

While the update’s 21 holes are taken from previous games in the Wii Sports series–of which Nintendo Switch Sports is the first not to have “Wii” in the title–the eight-player online Survival Golf mode is brand new.

Golf will join the six sports that were part of Nintendo Switch Sports from launch–tennis, bowling, chambara (sword fighting), soccer, volleyball, and badminton. A previous major update for the game added improved motion controls for soccer, as well as new volleyball moves.